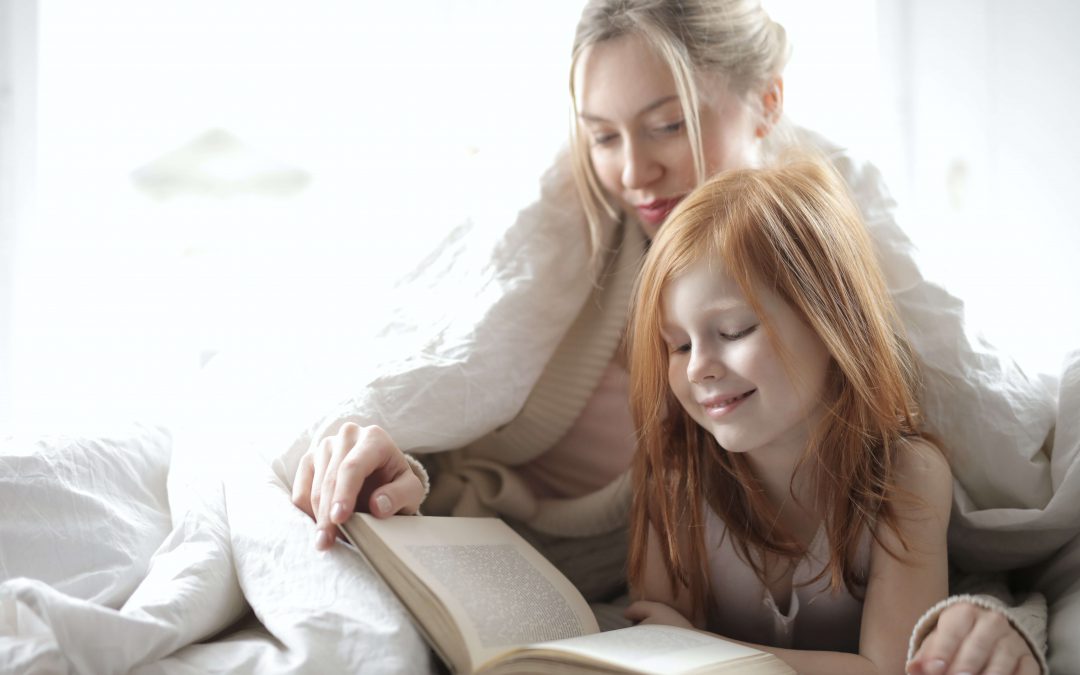 As discussed in one of our previous blog posts, Using Play to Develop your Child’s Language Skills, language development is one of the most striking developmental changes occurring from infancy into childhood. Language is a form of communication, an umbrella term referring to any way in which we receive or express messages including speech, gestures, writing, texts, email, sign language, code etc. As children develop physically, cognitively and emotionally, their language skills develop and they learn to communicate using verbal expression with their voice, eventually producing speech!

From birth, babies are constantly exposed to communication from others, and though they have not yet developed language or the ability to speak, they are able to communicate through non-verbal expressions. While playing and listening to their parents, babies use vocal play, progressing from crying, laughing and cooing to more melodic expressions and blowing raspberries around 4 months.

Around 6 months, babies begin babbling, voicing long strings such as ‘bababa’, and by 9 months most start using baby jargon in which they produce sounds similar to adult speech and practice intonation patterns. By 12-15 months, most babies start to insert the words of things important to them such as family members’ names, and by 2 years + they begin to use two-words to present statements, questions or requests using intonation e.g. “Go bed”.

For many parents, hearing their little ones say their first words and learning to talk is one of their favourite and most memorable moments! Understandably, the desire to provide support and opportunities for their child while learning to talk is strong, so we’ve provided three easy ways to support speech development at home

Playtime provides opportunities for kids to explore ideas about communication in an environment they feel they have some control over as it’s familiar! They can test new ideas about using speech and gestures intentionally to interact with others.

Playing with parents, caregivers, siblings and other children provides a context rich in interaction with those who can model appropriate speech, and actively respond to the their attempts to communicate which can encourages more speech and helps them understand how to use gestures and speech with intention.

Researchers believe that everyday activities usually include predictable sequences of actions, they tend to have also have predictable sets of words accompanying them. These can be used as an informal script for kids to practice speech. E.g. When taking a bath saying “plug in” “water on/off” etc.

2. Acknowledging when a child says something, reinforcing what they said and modelling a correct response.

According to practitioners, in any and every day situations, parents can support their child’s speech development by showing interest and encouraging conversation with children. This will come naturally to many parents, but many may not realise just how helpful this is for a child, especially those having difficulties learning to talk. Expanding on what the child is saying and providing more information also helps build their vocabulary and knowledge.