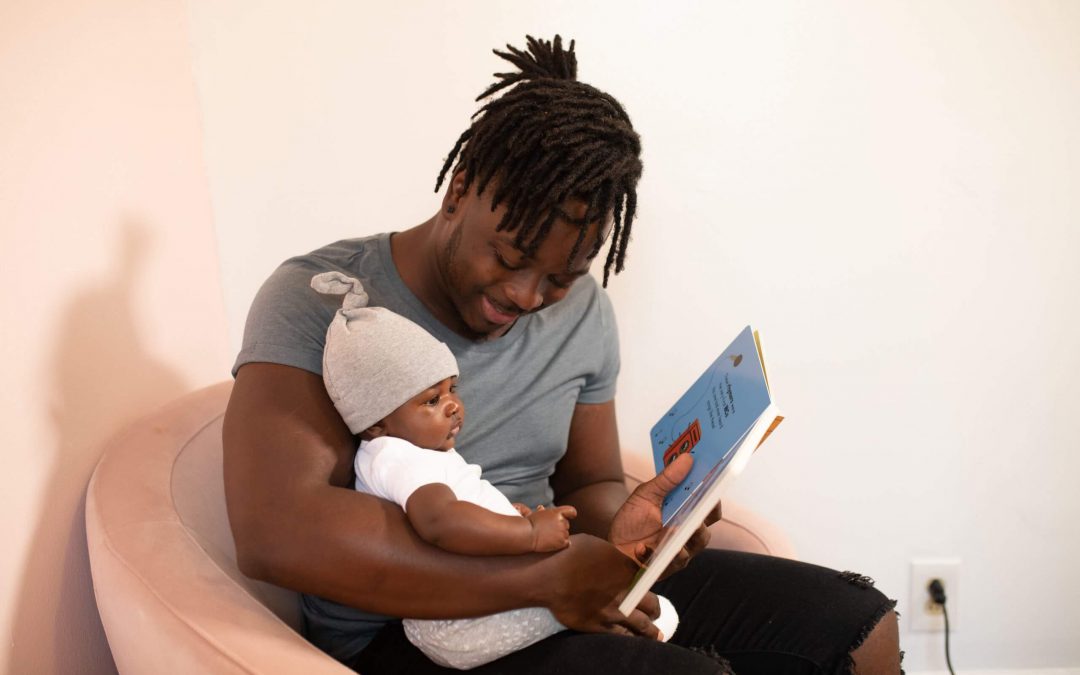 One of the most striking developmental changes occurring from infancy into childhood is the development of language. Can you believe that at 18 months most infants can produce about 50 words, with parents and caregivers playing a significant role during this time in their child’s long-term language accomplishments (such as the ability to express themselves effectively in adulthood) and overall academic success later in life.

In fact, Russian Psychologist Vygotsky (known for his theories of child cognitive development and the benefits of play) argued the development of thought and language go together and our ability to reason is related to how well we communicate and interact. Furthermore, our language skills are believed to support other cognitive skills, with researchers suggesting our ‘inner speech’ helps with thought flexibility and the ability to switch between tasks, by allowing us to mentally represent task requirements and keep track of where we are in sequences. Our inner voice allows us to mentally track our progress when problem solving.

Playing develops language, which in turn develops our problem solving skills – what a perfect relationship to fit with our topic of inquiry this month!

As we mentioned above, the frequency and richness of vocalisations during parent-infant interactions are associated with infant language learning. The good news is parent-infant play has been linked to developing language in a number of ways:

It can be tempting to look for the most technologically advanced toys – those claiming to support language development. However, a recent study following infants aged between 10 – 16 months found electronic toys were not associated with better quantity or quality of language in play and that parents speak and respond less when infants play with electronic toys compared with traditional toys and books. In fact, there is no current evidence to suggest children this young are able to learn vocabulary from non-human interactions (e.g. electronic toys) or the media (e.g. tv).

Rather, this study found the best method is to keep it simple!

Interactive play time with traditional toys is much more engaging for infants – and books, puzzles, shape sorting games, and blocks were associated with a higher number of words produced by parents and conversation! Books provide a script for parents, helpful for introducing children to an exciting range of words while capturing their attention and imagination through story telling! Puzzles, shape-sorting games & blocks, especially those featuring a theme (e.g. letters, numbers, animals, planets), encourage children to learn content-specific words, and encourages conversation through labelling and describing the toys, asking and responding to questions, and sharing/exchanging toys!

This set is recommended for 3 months + and includes a set of 5 finger puppets and a 6-page soft book with a pocket for each puppet. The colourful puppets encourage your baby to focus and engage as they listen as you describe the animals and their homes, and create stories– introducing lots of language!

This bright, attractive and washable picture book is recommended for 6 months + (including a teething element) and is a visual story of a Crow picking fruit and having a picnic! It includes a detachable hook and loop so that you can attach it to clothing, car seats, and strollers, making it easy to use on the go and also at home!

Galt’s Soft Blocks are recommended for 6 + months and are designed to help children develop colour and number recognition, hand-eye coordination, and language skills. These soft and safe foam-filled fabric cubes have new colourful animal pictures and are ideal for squeezing, throwing and building. Young learners can progress to matching pairs of animals, joining clothing on a washing line and making up a story sequence with the six teddy activities.

This delightful puzzle is recommended for 12 months + and is ideal for the development of basic thinking, fine motor and language skills, featuring 5 animals in both soft and hard textures, promoting further cognitive development through sensory stimulation.

Recommended for 3 years + and suitable for interactive play – alphabet lotto features cards with bold, colourful illustrations of recognisable animals and objects encouraging content-specific vocabulary development! Children are encouraged to sound out the letters or words as they create them, developing their skills in phonics as well as alphabet and spelling. By playing and focusing on the cards together, the game is rich in conversation through labelling and describing the objects on the cards, questioning, and sharing.